Champions of their own future

At WH&Y our mission is to work alongside young people to build a health system that is truly fit for teenagers, and to support other organisations to do the same. In this article, we take a look at the introduction of youth participation culture around the world and the challenges of doing it well.

On 15 March, school students across every inhabited continent left their classrooms and took to the streets to protest government inaction on climate change. Numbers, notoriously hard to verify, were pinned at over a million worldwide, with Australia contributing something like 150,000 to the tally.

Responses to this surge of youth activism were mixed: doubted and debated in some quarters, fostered and celebrated in others, notably the United Nations. A tweet of support came from UN Secretary-General Antonio Guterres on the day: "Young people can, and do, change the world. You understand we are in a race for your lives; your commitment & activism makes me confident we will win it."

The idea that young people are the champions of their own future, with a right to active participation in decisions that affect them, was recognised three decades ago in the UN Convention of the Rights of the Child, signed in 1989 and ratified by Australia in 1990.

"As a society, we are moving away from looking at young people as simply the goods and chattels of their families,” explains Professor Lena Sanci, a long-time contributor to adolescent health and one of the co-leads of Wellbeing Health & Youth (WH&Y), a Centre of Research Excellence in Adolescent Health, funded by the National Health and Medical Research Council. "They have their own rights, and part of that is to be involved in decisions that affect them in ways that they are developmentally appropriate, that they understand, and that take into account their level of capacity to make those decisions."

"They have their own rights, and part of that is to be involved in decisions that affect them."
Professor Lena Sanci, WH&Y

The sudden increase in vocal exponents for youth participation seems to coincide with an undeniable demographic shift: there are more young people in the world than ever before. As of late 2018, 42 percent of the world's population was under 25, with around 1.8 billion aged between 10 and 24. According to the World Economic Forum (WEF), those young people are digitally connected, politically attuned, and likely to end up in jobs that don’t even exist today. And more than half of those surveyed by the WEF disagreed with the statement that, in their country, “young people’s views are considered before important decisions are taken.”

Support for the right of young people to “say what they think” and “have their opinions taken into account” remains patchy, and some sectors have been slow to take on the complex responsibilities and processes of youth participation. Yet the 2018 release of Engaging young people for health and sustainable development, the World Health Organisation’s roadmap for youth-centred health projects, is evidence that the health sector is actively addressing the challenge.

It's been noted that dynamics between adults and young people often come with inherent power imbalances that give rise to a tokenistic implementation of youth participation – a phenomenon sometimes referred to as the "illusion of participation". As the UN has observed, participation can be less than meaningful "if children have no opportunity to understand the consequences and the impact of their opinions".

Nearly a decade ago, the NSW Department of Health led the way by embedding respectful and meaningful youth participation approaches into the development of the NSW Youth Health Policy 2011-2016. Through online consultations, face-to-face forums and development committee representation, young people from diverse backgrounds helped to identify the strengths and weaknesses of the existing system, contributing ideas, opinions, experiences – and a title to the policy: Healthy Bodies, Healthy Minds, Vibrant Futures. That work was integral to the subsequent development of the NSW Youth Health Framework: 2017-24.

More recently in Western Australia, Anne McKenzie worked with the Consumer and Community Health Research Network at the Telethon Kids Institute to establish the framework for the recently released WA Youth Health Policy. Anne is the Adjunct Research Fellow in the University of Western Australia's Faculty of Health and Medical Sciences and the School of Population and Global Health.

The work was grounded in a series of "community conversations" with young people around the state, informed by the World Café Method, a format specifically designed for creating an open conversation for important questions on a specific topic. Anne says that meaningful youth participation required more than just bringing participants in to a space, asking questions and then "leaving it up to them".

"We made sure we were telling the participants about what the organisation planned to do with the information they gave us – to let them know exactly what their input was going to feed into."

This helped build an immediate trust and rapport, says Anne, one built on being upfront and honest which contributed to meaningful interactions.

Genuine youth participation also involves integrating young people’s ideas into the design and delivery of policies and services. For their contributions to be meaningful and legitimate, young people need support to develop relevant skills.

"Leadership training, coaching skills, conversation styles – we're looking to give the young people a suite of skills that allow them to make a meaningful contribution.

"That clearly benefits us, but it also goes without saying that this is a benefit for the young people themselves. If we're providing them with skills to be able to engage with large health systems, that's an incredible benefit both ways."

Mae is herself an example of the capacity-building benefits of youth participation.

"As a young person with a chronic disease, I grew up in the system. I've seen first-hand the challenges and I've always been very passionate about young people and their interactions with the health system. "

As a young person, Mae was involved with the Youth Advisory Council at The Children's Hospital at Westmead. She now brings the skills learned through that experience to her current role at WSLHD.

Capacity-building is a cornerstone of WH&Y’s own youth advisory group, still in development and with a working title of the Adolescent Health Research Council (AHRC). Indeed, the development of the AHRC has itself been an exercise in youth participation, with young people voicing a desire for AHRC activities that promote self-discovery, self-confidence, life skills as well as professional skills, and opportunities to make contacts and build networks.

"It's about capacity-building for those young people, giving them the tools that they need in order to take part effectively," says Lena. 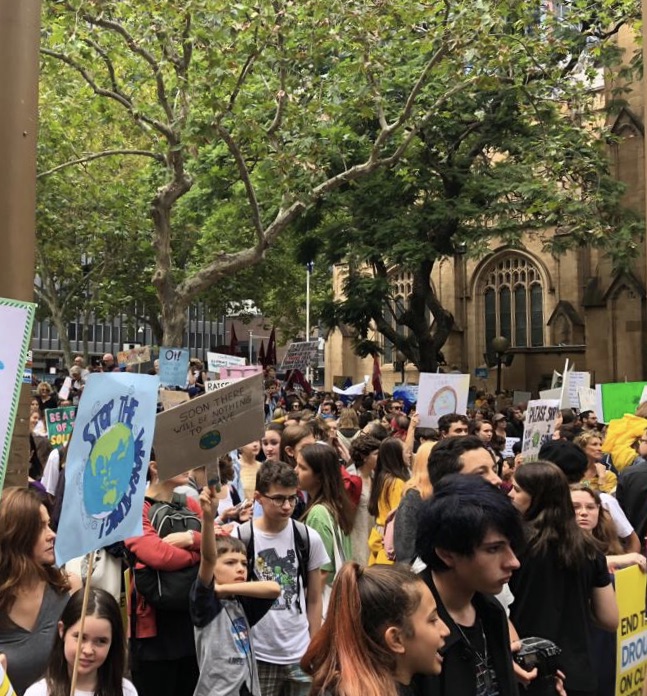 Factors including communication, training and even the spaces used can be the difference between meaningful and tokenistic youth participation activities, but even before those activities begin, many organisations struggle to recruit young people to their work.

"One of the hardest challenges was finding who could link us to the young people," concedes Anne. For her work with the Consumer and Community Health Research Network at the Telethon Kids Institute, it was persistency that paid off.

"It was about going to local councils and youth groups and finding someone to link us to those young people."

Mae found that the increasingly busy lives of young people contributed a challenge to recruitment to the WSLHD Youth Council: commitments to school, work, further education, and even family, all played their part. She also encountered an issue that other health organisations engaging in youth participation work may recognise.

"In our particular case we're working with young people with a chronic health condition" she says. "Trying to individually find the best way to communicate and work with the young people in question while they manage that illness is a very significant challenge."

Identifying the right framework for the Youth Council’s place within the WSLHD organisation was another challenge. Governance structures and executive support needed to be in place so that, when ideas and actions were identified, a system was in place to make these happen.

"We're getting young people involved in something that is very structured and almost a little set in its way," explains Mae. "We had to work with those young people to find how they wanted to be involved – how they saw their participation working – rather than getting them to fit into our existing model."

It's a similar experience for WH&Y, according to Lena.

"Some participants might not be able to come to meetings or they're experiencing certain vulnerabilities. We want to have processes where we may, for example, go to them or find online ways of interacting."

The win-win of youth participation

Youth participation shares many elements with the broader and increasingly popular concept of ‘participatory design’ or ‘co-design’. It acknowledges that young people are experts in their own lives and have knowledge that is different from that held by adult decision-makers, making it valuable to the process of decision-making. The thinking is that having young people involved in decision-making means that the decisions made are likely to produce better, more relevant and more targeted outcomes for the young people affected. But advocates of youth participation, and participatory design more generally, also point to significant advantages for the organisations managing these decisions, from more efficient process management through to greater enthusiasm for innovation and inter-disciplinary communication.

WA's Youth Health Policy was built out of youth participation and Anne says the health department was "blown away" by the results: "The information gathered was far ranging, comprehensive and diverse".

The WSLHD Youth Council will have very far ranging benefits and not just for the young people using the health system, says Mae.

"If you've got a service and a system that works well for young people then obviously it's going to be used more efficiently," she notes. "The programs and projects that young people get to be involved with, that actually make a difference to the end-service delivery, are beneficial to the health system as a whole because, in the grand scheme of things, everything comes down to cost and time effectiveness."

For WH&Y, the benefits of youth participation are to be found not just in identifying the most effective solutions, but in asking the right questions, through research. According to Lena, young people involved with WH&Y may be actively involved in the design of research methodology, the execution of that methodology, and even the interpretation of results.

The value that youth participation brings to individual organisations provides a pragmatic argument for institutions to take on the always daunting task of culture-change. But there’s also the less quantifiable argument that investment in youth participation now contributes to the future success of communities, locally and globally.

"If you invest in the health of young people now, they will not grow up to be older sick people," Mae explains. "Get it right now and we get better health outcomes in the future for young people to grow into healthy people."

Lena, joint leader of WH&Y research into adolescent health policy and practice, agrees with the sentiment. "We can't afford the waste of human potential, by lives that are lost before they've had a chance to fully mature," she says. "We need all of that capacity to be working not only for our future, but also for who those young people are now."